Maternal Matters is so excited to feature British midwife and global citizen, Lina Duncan, who set up Mumbai Midwife – Justlink Health Services India Pvt Ltd, a private midwifery practice, in India.  Thanks Lina for taking the time to be interviewed for Maternal Month – this will be insightful and inspiring for many!

Why and where did you train to be a midwife?

I “stumbled” into a school in El Paso, Texas whilst on travels, with blue hair and no set future plan. I joined the Primary Health Care course for third world settings, and towards the end, I decided to not jump into the next segment of the school and train as a midwife, would be like walking out of a five star restaurant after the appetiser!

What are you most passionate about as a midwife?

You are a true global citizen – what has taken you around the world and how have you come to live and work in India?

I was born in Scotland and grew up and worked in the UK. I always liked an adventure and a challenge. Training under the National College of Midwifery in New Mexico was not in my life plan but I thoroughly enjoyed the learning experience. Our college fees ran clinics in slums in the Philippines so naturally, our practical learning application was there. That’s where I grew into a midwife and my heart expanded to the poor. I thought I would grow old in the Philippines and be a part of seeing generations of babies entering the world. Anyway, Asia was in my blood and I spent  5 years working on myself and learning new skills in Hong Kong before coming to India in 2007 with a small group of friends to set up a business here.

What is it like to work as a midwife in India?

In the beginning it was an adventure but a struggle also because there is no such midwifery model of care as there is in the UK and no system like the NHS! The poor access care through government hospital systems and still need to buy their vitamins in pregnancy, and medications for birth. The families who choose care with private doctors/ hospitals also need to struggle with a system that is very medically rooted – compulsory episiotomy for first time mothers, high cesarean rates etc. I took time to find doctors who would appreciate the benefits of having midwifery support for their clients. Then everyone is a winner! After 7 years my colleagues and I now have a venue we can access and a small team of doctors that can provide an option of midwife care alongside the doctor. Women and their families have said they felt safe, respected and were delighted with their experiences.

Midwives are not always viewed as highly trained and skilled professionals in India.  Have you had to overcome others’ misconceptions and how have you done this?

I think in Asia there has been a concept that the doctor is like a god. This makes it difficult for the doctor to “perform” perfectly and for women it’s hard, because for the last decade at least there has been an expectation for the care provider to make the decisions and provide the care and take the flack when things don’t go as expected.

“Now women are informed and want to be the decision makers so it’s a new era. I have found that being a midwife I have respect from the doctors and the families choosing to hire our services.”

I have sought doctors who want to work like this and who then have the benefits of working as a team. I also have some friends who are still assisting women in the streets and slums. They are not as busy as they used to be because there is a push for all to birth in an institution. I like to hear their stories and learn from them also. They are skilled through their inherited skills and years of practice.

It is unusual for women in India to birth at home or in water.  Why do women seek out your services?

Actually the homebirth rate for the country is still quite high but this is mostly rural numbers.

“It’s only 2 -3 generations back that most low risk mothers did birth at home with traditionally trained midwives.”

With internet access and a more medical approach to birth two things are happening; women are having unnecessary cesareans often which leads them on a path of Vaginal Birth After Cesarean (VBAC) and women are growing up not hearing of birth as an everyday event, rather as something to fear and even opt out of trying with an elective cesarean. Some cesarean rates in private hospitals are up to 90 or even 99%. So homebirth for women who choose the option and don’t have any complicated health issues for themselves of their baby, is a safe option, with a backup plan for medical help in case it is needed. Using water for labour and / or birth helps a lot with relieving discomfort. It can speed up the process, and I would say that the highest benefit is to create a safe place for the woman where she can calmly go through the birth process with little to no intervention and regular monitoring.  It’s a method that gives dignity and respect in itself if used under a midwife model.

How do you find it working as a private midwife in a country with so much poverty?

With my training being mostly rooted in serving women and their families living in slums this is something I have a passion for. Starting a business and running it was a culture shock for me because in the Philippines we provided free care. I love both! In our spare time we have assisted quite a few families in accessing government care. We have provided something similar to a doula service – advocating for them, teaching them the system so they can access care independently in the future. We have supported local families through pregnancy issues, health complications in pregnancy such as TB, Malaria, Dengue, Typhoid, getting vaccinations for their babies, family planning, registering homebirths that happened too fast. Occasionally we have been able to be with some of them in labour and birth.  In the same way, support and feeling safe, is just as important in the big private hospitals where intervention and cesarean rates are soaring.

“I would love to train local staff with doula skills to provide support for each woman as I believe that when women feel safe and cared for, they enter parenting in a more loving and prepared manner. It can change society.”

What is your dream for midwifery in India?

That everyone has access to Midwifery care – in the government hospitals, as well as the private. Midwifery model of care has so many benefits, including taking a large case load off doctors so they can manage the more complex women that require their expertise.

“Skilled midwives can save lives and give safe and scientific based care in rural and urban settings.”

I would like to see evidence based care such as NICE in the UK where they have changed the cord clamping protocols. Also not putting every woman on IV drips, limiting induction / augmentation for the cases that really need it etc.

How does your ideal day start?

After a few hours of sleep, a phone call for a birth, the excitement of a baby on the way.

3 thoughts on “Mumbai Midwifery: an interview with Lina Duncan” 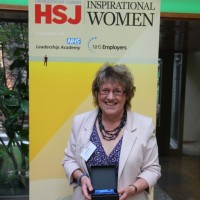 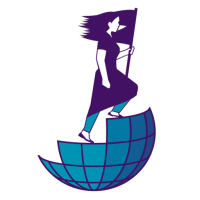 Midwives Chronicle: The Heritage Blog of the Royal College of Midwives

Midwifery history from the Royal College of Midwives

Chasing dragonflies
Whose Shoes? A catalyst for change in health and social care

A hub for ideas, debate and resources on what comes after the Millennium Development Goals (MDGs)